Action carried out by the artist painting a black circle in the public court in front Diocletian’s Palace, Split. Timed to coincide with the thirtieth anniversary of an earlier action by the ‘Red Peristyle’ group (1968), this was a place to reactive a space of political enquiry and debate employing the visual language of Suprematism, but also proposing the black spot as a metaphor for ”a stain on the soul of each passive individual who should have actively contributed to the improvement of everyday life (I.G.)”.

Through the guerilla actions and statements in media, the work developed as political provocation. It was suggested that there existed subversive group ‘Black Peristyle’, which caused polemics, as well as a call from the Department for War Crimes and Terrorism. The Court decided to charge Grubic a fine for public property damage. This provoked media reactions, in which intellectuals and artists defended the right to criticize and protest as an important component of contemporary art practice. For Grubic was important to provoke the state institutions by suggesting the existence of a resistance movement in Croatia at that time. The charge has been withdrawn. 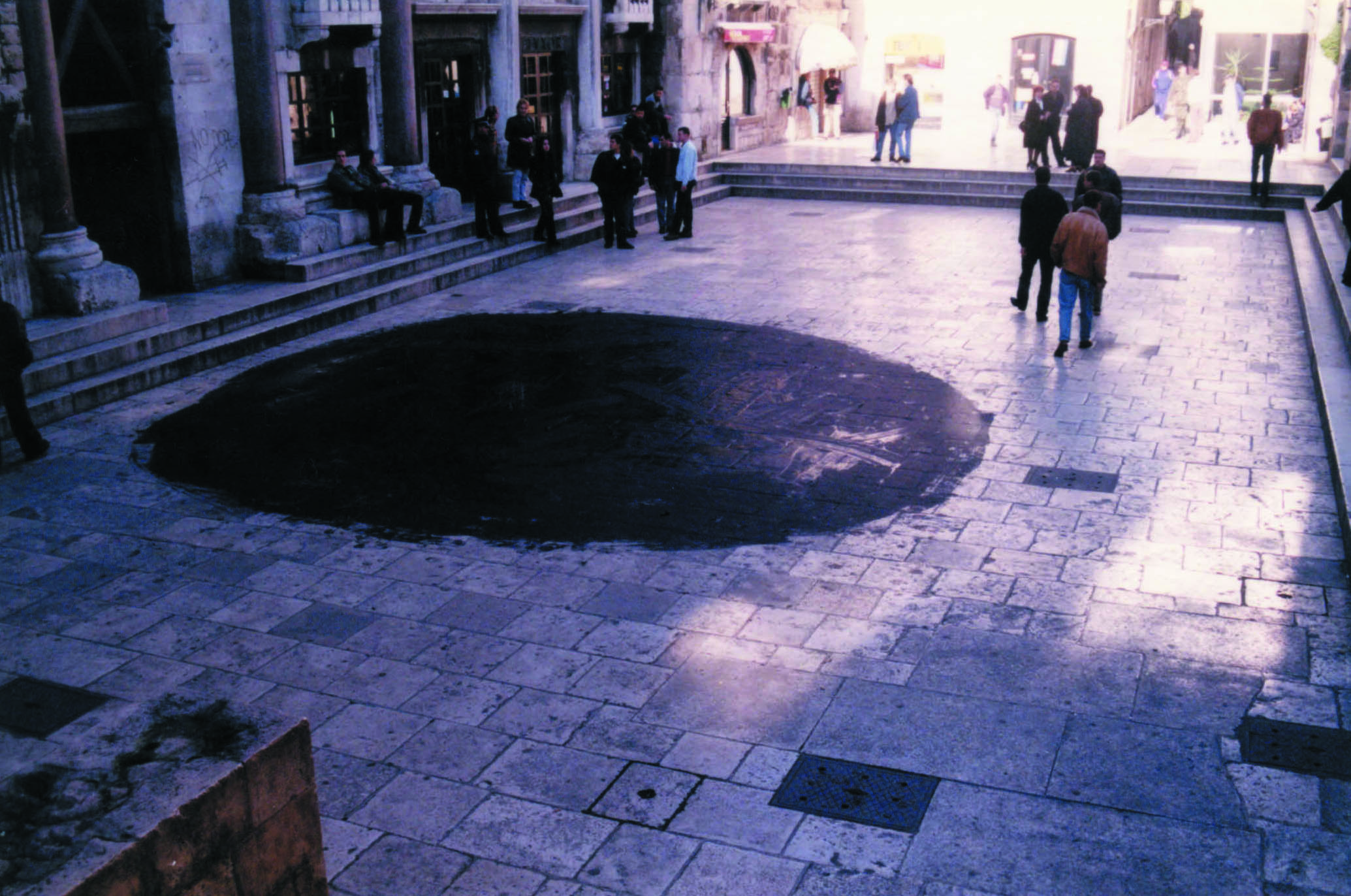