Do Animals…? (2017) is a multimedia project based on the artist’s research on former slaughterhouses in northern Italy during his time in the RAVE East Village Artist Residency program. As a staunch supporter of animal rights and moreover as an activist, Grubic investigates the psychological effect these factories of death have on human consciousness. The work is composed of a series of five posters that feature photographs of now empty former slaughterhouses, overwritten with the artist’s questions, that appear in the city center in the form of anonymous ads. Silent and cold, but at the same time distinctly disturbing, the images are visually conceived as the path an animal takes from life to death, from light to darkness. Like a surreal call to public moral responsibility, through his work the artist introduces the general public to his examination of humankind’s conflicted feelings towards animals, taking full advantage of commercial mainstream media – urban billboards. This compelling urban intervention has already been shown in seven Italian cities (including Turin, Trieste, Udine and Matera). The ‘Do Animals…?’ project is also accompanied by a film shot inside these former slaughterhouses at night, together with interviews with former slaughterhouse employees. 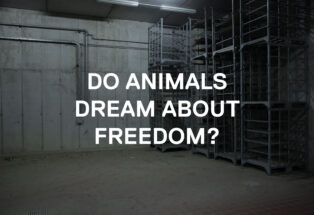 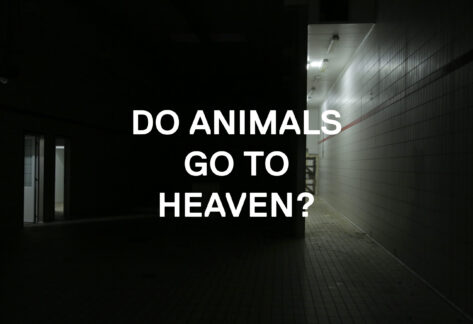